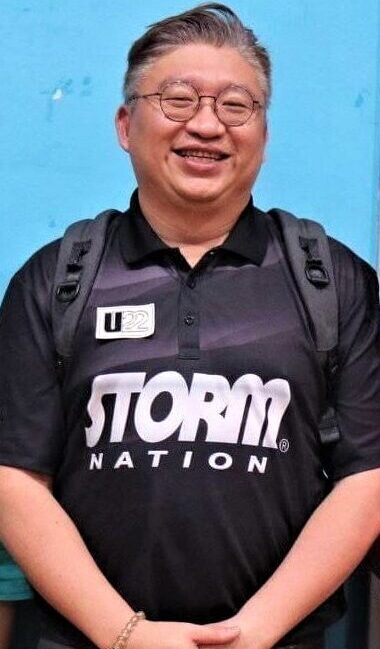 Mr Mervyn Foo won his first Club Youth Open Championship when he was 13 years old. At 14, he won the Graded Championship and also began his first unofficial bowling coaching lessons. He decided to challenge himself further by going for the National Youth Team trials when he was 15 years old. He was introduced to a youth bowling club in the same year. At age 16, he was made the first reserve in the National Youth Team during the Asian Youth Championship.

In 1991, he began training under the Head Coach of the National Youth Team. In 1993, he represented Singapore at the Asian Youth Championship for the first time and bagged the silver medal in the men’s doubles event. The following year in 1994, he was champion in both the Singapore Open Youth Championship and the Montagut International Graded Championship.

The rest is history.

(1) Hi Mr Mervyn, can you share with us your bowling history? How did it all begin?

It was during a family outing that my mum discovered that my elder brother and I both shared a love for bowling. She mentioned it to her boss, and the very next day, he came to our house with two brand new bowling balls for my brother and me. My mum also proceeded to purchase a country club membership with a bowling facility so that both my brother and I could have the opportunity to bowl every weekend. I was 11 years old then.

(2) Can you share with us your thoughts on the future of bowling in Singapore?

I hope that Singapore will one day become the training and coaching hub in ASEAN for bowling, for the betterment of both education and sporting development.

(3) What made you decide to go into coaching?

I was fortunate enough to be awarded a scholarship from the Singapore Sports Council to pursue my studies overseas and at the same time, further my bowling career. When I saw the bowling standards in the United States as compared to ours back home, I somehow really wanted to bring their system back to Singapore so that we can be competitive enough to compete against the best in the world. Thus, I decided to obtain my coaching certification in the US prior to my return to Singapore.

(4) What made you decide to take up the offer to coach the HCIS bowling team? How do you keep the school’s bowling team motivated and their team morale high?

I strongly believe in the direction that the school is heading towards in their Sports Excellence Program. Coaching in HCIS provides me with the opportunity to help all students, be it local or international students, to develop a love for bowling. It also allows me to teach life skills through sports. Bowling has really helped me in my own education journey. I would like to share with the students how having discipline in sports has helped me develop my own discipline in always doing my very best for every subject or project I have been assigned to.

(5) In your opinion, how can sports be better promoted in schools?

The key to achieving excellence in sports in schools is to recognize the needs of the student athletes. Creating a wholesome environment will in time, also contribute to creating sporting excellence.